Why Your Sales Opportunity Might Not Actually Be Dead 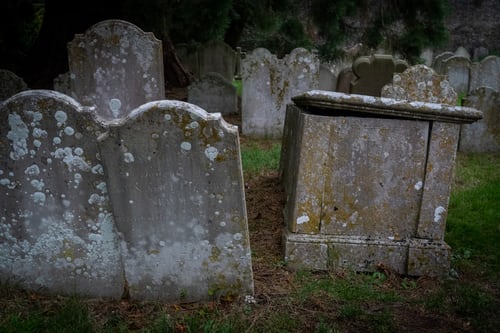 When a sales opportunity stalls, it’s tempting for us to think the worst. We’ve all been guilty of it at one time or another. You might try repeating your close technique, offer an expiring discount, or roll several requests into one conversation. These tactics are an almost guaranteed way to turn stalled deals into dead ones.

A dead deal occurs when a prospect seemingly becomes disinterested without giving a definitive ‘no’ to a sale. In this situation, the prospect may disengage and stop communicating.

Whilst some of these may actually be dead deals, there are also a number of reasons why the prospect has gone quiet, even though they’re still interested.

The prospect’s problem isn’t urgent — You may be working with a prospect to solve a problem that isn’t a priority for them at the moment. The solution you provide could have just dropped down the list of immediate priorities.

You haven’t been working with the right decision maker — Have you verified the contact you have been talking to is the right person to make a purchasing decision? If not, they may be avoiding communication.

They are waiting for funding or other information from within their business — Similarly, B2B deals may stall because your contact is waiting for additional budget, approval, or a new product of their own to launch before they can commit to a purchase decision.

They don’t want to say “no” — Sometimes, your offering just isn’t the right fit and the prospect doesn’t want to break the news to you.

Do any of these scenarios sound familiar?

If so, here are some strategies you can use to move stalled deals forward. They keep your prospect the focus, give them options and escape routes, and help you avoid becoming your own worst enemy — the stereotypical pushy salesperson.

If the prospect gave you a soft yes, and then nothing or a firm no, never follow up with the same close. Your next request should be a different, lighter ask.

For example, if your key contact was supposed to introduce you to someone in Purchasing but didn’t, your follow-up question might be, “When do you want to start implementation?” This is an easier ask that doesn’t require action.

Even though your original question didn’t receive a no, it might have if you continued to push. Your goal for every email or phone conversation is not to get a yes or no — the goal is engagement. When a deal is stalling, your focus is one thing only; to get your prospect on the phone talking.

Nobody likes to feel trapped. When you’re working towards a sale, give your prospect ample exit opportunities. If you’re trying to schedule a demo and your prospect is unwilling to confirm a date, let them know they can reach you by phone or email if they need to change the demo date or time once it’s scheduled.

Exit opportunities make listening to your pitch seem like an option for them, help you get a firm date on the calendar, and decrease the likelihood of your prospect flaking at the last minute or ghosting entirely.

Only use one close at a time, and always be direct. As a rule of thumb, don’t include “not” or “and” in your closing language. For example, let’s say your objective is to get the right people in your demo, including decision maker Steve. Many of us are tempted to ask multiple questions at once, such as “Could you invite Steve to our demo? And is there anyone else who needs to be there?”

If you ask a compound question, you’ll receive a compound answer. And your prospect will likely only process and answer the easier question.

Instead, ask two questions in separate emails. Start with, “Should Steve be invited to this demo?” After your prospect has responded, “Yes, he should. I’ll reach out to him today.” follow up with, “And is there anyone else who should be there?” You’ve broken the request into two manageable questions, making it easier for your prospect to answer both.

Start every deal by closing for a phone number, an intro, or a meeting. This introduces the idea of the customer saying yes to you. Once you’ve made a small “sale,” move on to bigger asks like asking to speak with a decision maker. Remember, never close the same thing twice. If you ask, “Could you connect me with your boss?” and don’t receive an answer, ask, “Who’s going to be the primary contact after the sale?”

You’ve followed an unsuccessful close with a lighter ask, and you’ve avoided asking the same question twice. Once you receive a successful answer to this light request, you can continue asking questions to lead the prospect back to your initial question.

5 Keep the close focussed on the prospect.

Make sure every close includes “you” and clearly identifies a finish line. Instead of saying, “When is a good time for us to meet?” ask, “When are you free to meet for 30 minutes this week?”

In the first example, you say “us.” This is problematic for two reasons:

If they’re not your client, there is no “us” yet.
You haven’t provided a timeline. If your prospect doesn’t really want to talk to you, you’ve made it easy for them to push the meeting back for several weeks.
In the second example, you keep the question focussed on the prospect by asking when they’re free. Then you define how long your next meeting will take (30 minutes) and when it should happen (this week). It’s a clearly defined request that keeps your prospect feeling valued and in control.

If the end of the month or quarter is near and your prospect still hasn’t closed, wait until there are about three days left and send a new contract. By this time, you’ve likely offered them a discount, so sending them a new contract with non-discounted pricing can be the wake-up call they need to move forward. Instead of a warning, “You’re going to miss out on this discount,” which they probably won’t believe, a new contract makes the new price real and looming.

Don’t be pushy or aggressive — simply send an email saying, “At the end of the month, please replace our old contract with this new pricing structure.” This allows them to call and discuss the price. Even if they still can’t close before the end of the month or quarter, this keeps the conversation going and allows you to extend the discount when appropriate.

Stalled deals can be scary for salespeople. They threaten your targets and eat up valuable time and resources.

If the salesperson is in one-to-one communication with the prospective buyer, it gives the buyer too much power when a deal is stalled. If it’s possible, start new lines of conversation with other buyers, influencers, or business units at your prospect’s company. Expanding the audience makes the conversations between you and the prospect more public. More people will be included in the sales process and this makes it harder for the prospect to disappear on you.

If you have a sense of urgency, demonstrate that urgency to the prospect. And if you’re frustrated at their lack of response but wait two weeks to reach out, you’re not demonstrating urgency. Increase the frequency of your attempts to reach the contact. You can make multiple calls in one day, but you must leave a voicemail. If you don’t leave a voicemail, your calls could be interpreted as passive-aggressive.

Make it clear to your prospect that their lack of response isn’t changing the status of the deal. The key point to remember with a frequent touch approach is that you have to leave a voicemail every time. This gives them an opportunity to reach back out to you and follow up.

Don’t be afraid to ask for help. Ask a colleague or teammate if they can give you a hand with the deal. Let them know that the prospect isn’t responding to your emails or calls. Then, ask them if they can call the prospect and say they’re a colleague of yours, and they’re checking in on your behalf. This gives the prospect another opportunity to respond and get the deal moving again.

10 Use a last attempt email

If, after all of this, the prospect still doesn’t respond then the deal may indeed be dead…. But don’t assume that this is the case. Send an email that leaves the door firmly open for further conversation. You’d be surprised how, if this is worded correctly, it actually triggers a response, and often a response with an apology. If you’d like a copy of the “last attempt” email that we use, get in touch.

And finally, for more hints and tips. don’t forget to sign up to our news below!