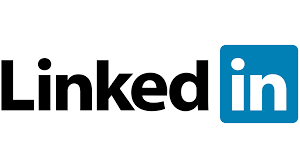 I receive the occasional LinkedIn connection request that’s an out and out sales pitch. Three recent examples were from people offering me a new crypto currency, lead generation services and video production services.

Now this isn’t an approach I use personally which might sound strange given that when I started my sales career, cold calling was almost the only way of finding new customers.

But times have changed and there are different approaches we can use that can be more successful. Note here the word CAN…. Not WILL…. It depends.

So I put a poll on LinkedIn to see what others thought, and the results were fascinating.

14% said they’d accept the request and respond in some way, although that might be positive or negative.

11% said they’d ignore the request and block the sender

So for a sales person using this type of approach, you’re immediately losing any opportunity to build rapport with 62% of the people you’ve approached, but at least you’re connecting with the other 38%.

What was even more insightful were the variety of comments that the post triggered. There was a real split between those who thought this was an abhorrent way of working and those who thought it was perfectly justified.

So what’s the right answer…. How should we try and connect with potential customers on LinkedIn?

Well, as I said earlier… it depends. I don’t believe there’s a right or wrong answer, but there’s probably a right answer for you.

If this approach generates enough interest for you to be able to make the number of sales you need, then does it really matter if you alienate those who’ve ignored your approach? Probably not.

But if it doesn’t generate the leads you need, you’ve effectively closed the doors to anyone in the 62% category who, whilst they’re not interested in your product or service right now, might just be interested at some point in the future.

Selling different products and services require different strategies….. so understanding what’s likely to work best is a crucial factor for anyone in sales.

If you’d like to talk through your own sales strategy with someone who’s made all the mistakes and learned from most of them along the way, then maybe we should talk.