Introvert Or Extrovert – Who Makes The Best Sales Person? 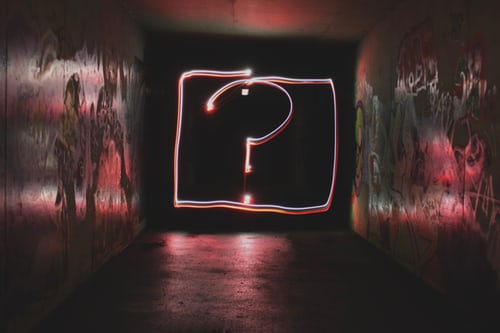 Conventional wisdom suggests that extroverts; commonly thought of as outgoing and sociable, make better salespeople than introverts, who have been popularly represented as awkward in social situations.

The conventional wisdom is wrong.

First, it’s very rare that people are 100% extroverted or introverted; these categorisations are simply the extreme ends of the spectrum. Most people fall somewhere in the middle, and display a mix of introverted and extroverted tendencies even if they tend toward one side or the other.

Secondly, extroverts aren’t all social butterflies, and introverts aren’t necessarily shy. In fact, the extroversion-introversion divide isn’t about personality at all. The distinction is defined by where people get their energy from — other people, or solitude. Introverts gain energy by being alone, while extroverts are invigorated by social situations.

Third, research has shown that being extroverted doesn’t automatically translate into being a good salesperson. In a study by Adam Grant of the Wharton School of Management that surveyed 4,000 salespeople found almost no correlation between extroversion and sales performance. And on an individual level, both extroverts and introverts possess characteristics that contribute to their success in sales.

What makes extroverts good at sales?

• Extroverts love being around other people.
• There are no sales positions where a rep can get away with never having to speak to a customer. Calling or meeting customers is part of the job, and because they’re energised by such interactions, sales reps who tend toward extroversion will find it easier to connect with prospects and customers every day.
• They are animated and expressive.
• Extroverts draw their energy from the external world, and also expend their energy on others. They are generally more demonstrative, speak more loudly, and gesture more than introverts.
• Their enthusiasm is likely to inspire confidence in prospects and clients.
• Small talk comes more naturally to extroverts.
• You don’t have to become a prospect’s best friend to sell to them, but being able to relate to your prospects outside of their business is beneficial.

What makes introverts good at sales?

• They’re naturally deep thinkers.
• Research shows that a neural signal within an introvert’s brain follows a longer path than in an extrovert’s, suggesting that more mental connections are made when introverts are asked questions.
• In sales, critical thinking is crucial. Being able to anticipate objections and thoughtfully answer questions is essential for a consultative salesperson, and introverts’ natural ability to think deeply is an advantage.
• Introverts make great listeners.
• It’s essential that prospects feel heard. A salesperson who won’t let a prospect get a word in edgewise or steamrolls past objections won’t be successful.
• Introverted salespeople don’t feel the need to dominate a conversation simply because they like the sound of their own voice. Instead, they’ll sit back and let a prospect talk through their problems before offering measured advice.

Ambiverts: The best salespeople of all?

Adam Grant’s study found that ambiverts, individuals who fall roughly in the middle of the extroversion and introversion scale, are actually the most successful salespeople. Grant used a personality assessment ranking salespeople on a scale of one (most introverted) to seven (most extroverted). A three-month study found that on average, introverts (ones and twos) and extroverts (sixes and sevens) brought in around the same average hourly revenue — $127 and $115, respectively.

The most ambiverted reps (fours) pulled in $208 an hour. Ambiverts that ranked between a 3.75 and 5.5 sold an average $155 per hour for their companies.

Those with both introverted and extroverted tendencies can be successful, which brings us back to having the right skills and knowing how and when to use them.

So forget what personality type you are and polish up your sales skills. Maybe we can help.