Call or Email? 5 Tips to Determine When to Use Them 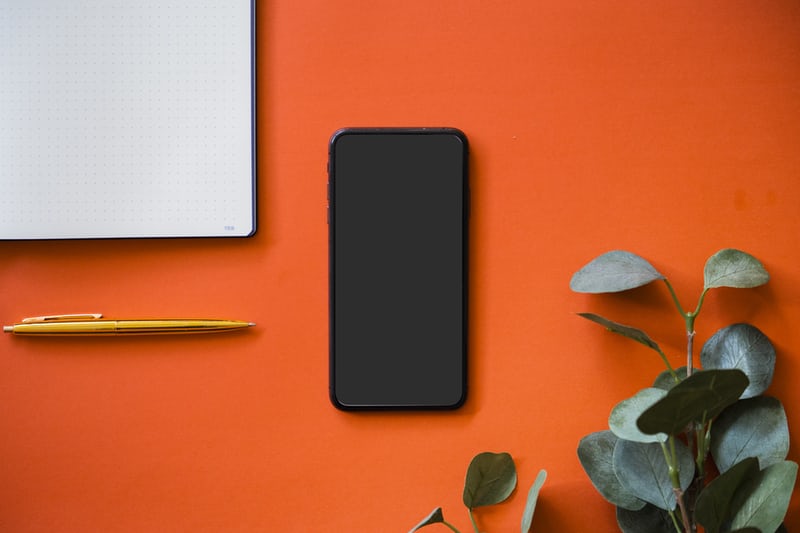 Productively making first contact with a prospect is a delicate art for sales people. You never get a second chance at a first impression, and you want to do everything in your power to ensure your outreach registers with potential customers.

The method of outreach sales people use first makes a significant difference in response rates. Rather than deciding whether to call a new prospect or send an email based on personal preference, use the method your prospect will be most responsive to.

Cold emails and cold calls are both effective in their own right when prospecting. The difference between the two is a matter of volume and convenience versus directness. Cold emails are generally easier and less time consuming than cold calls, but cold calls are more effective at gathering direct responses.

A cold call is inherently more personal than a cold email. It can garner an immediate response and lets you deal with a prospect saying “no” right away. Cold calls are also more dynamic than cold emails. They allow you to adjust your strategy to fit a prospect’s needs as your conversation with them progresses.

That being said, leveraging cold calls does have some downsides. Cold calls, by nature, are intrusive. People often aren’t receptive to receiving them consistently, and many will get frustrated when you use one to reach them.

On top of that, you, yourself, might get frustrated and impatient if the call isn’t going smoothly. They’re also more expensive and less efficient than sales emails. And if you’re constantly inundating prospects with obtrusive cold calls, your company’s reputation can take a hit.

Cold emails lend themselves to a different approach to prospecting. They’re cheaper and more efficient, making them more scalable. In the time it would take to make a single cold call, you could send several cold emails.

You can also attach more visually appealing and informative content to a cold email — better capturing figures and concepts that might be harder to convey over the phone.
A cold email is also less intrusive than a cold call, so prospects might be a bit more polite in response to one — even if they’re saying “no.” That might not seem like much, but it can be a big help to morale long term. They can also be automated, tracked, and forwarded — making them easier to distribute and keep tabs on.

The main risk you run with cold emails is being ignored. Prospects can be inundated with dozens of cold emails every day. The competition is stiff and abundant. In many cases, cold emails get blocked, go unopened, or are flat out deleted. And if one is compelling enough to generate a response, there’s no telling when it will come.

All this begs the question: Phone or email? While there are a few tips that can help you decide, sales reps should know that — in the grand scheme of a sales engagement — it’s phone and email. However, I’m specifically addressing the first touch in this article, and since you shouldn’t issue an identical email and voicemail, you have to make a choice.

When deciding between trying a prospect by phone or sending an email, let the following factors be your guide.

1. Time and Day of the Week

First, consult a calendar and a clock. Statistically, phone connect rates rise as the day progresses, and as the week progresses. In other words, a person is more likely to answer their phone later in the workday and workweek.

That said, I like to reserve 3 p.m. and later of the prospect’s local time as my prime calling hours. Same goes for Thursdays and Fridays — I block out large chunks of time on these days for cold calling.

But what if a prospect doesn’t pick up their phone in these timeframes? In that case, leave a voicemail. Response rates to voicemails also increase later in the day since checking phone messages is something people often do before heading home for the evening.

Calling late is a win-win.

On the other hand, the ideal timespan in which to send email is shorter but more frequent. While I draft connect emails throughout the day, I am careful to send them either 10 minutes before the hour or 10 minutes after the hour.

These brief windows correspond with people leaving or going to meetings. What do they do with the few minutes they have to kill? Scroll through email on their smartphones. If you sync your email to be sent with the time your buyer is most likely to check their inbox, your message will pop up on top instead of being buried beneath others.

What’s your objective for this first contact? To set up a meeting? Get some more information? Receive a referral? Figuring out your ask and categorising it as “weak” or “strong” will help you determine whether to call or email.

Strong asks require commitment from the prospect to do something. I would label requests for meetings, conference calls, or product trials as strong closes. Weak asks seek straightforward information from the buyer — think a prompt for feedback or a referral.

Once you know you’re close and have determined if it’s strong or weak, it’s easy to choose between a call or an email. If you’re putting forth a strong close, pick up the phone. Since these asks require more from the prospect, salespeople need to employ their closing skills to secure a “yes.” And it’s far easier to persuade on a phone call — when a rep can respond to and smooth over objections in real-time.

But if the ask is weak, draft an email. Don’t take up the prospect’s time on the phone unnecessarily if your request can be fulfilled with a few short lines of text.

It’s interesting to note that most salespeople take the opposite approach — they ask buyers for meetings through emails and reserve simple questions for calls. Why? Because they’re afraid of being rejected on a strong ask over the phone.

Don’t let fear block you from connecting with a buyer. Reverse this equation and watch your response rates climb.

3. The Level of the Prospect

Do individual contributors have assistants? Not usually. But do C-level executives? Almost always. That’s why the higher up your prospect is in an organisation, the more likely you are to reach a live person when you call. Since a live conversation with anyone — regardless of whether they’re the person you were trying to reach or not — trumps an email exchange, lean on the phone with buyers at the management level or above. Also, higher-level prospects are generally more comfortable on the phone, and less intimidated by sales calls.

But if individual contributors don’t answer their phones, no one else is going to pick up — and they’re not likely to return a call from an unknown number. In addition, lower-level professionals are often away from their desks — traveling, working in groups, participating in meetings, and so on. Therefore, a rep is much more likely to connect with a prospect at this level through an asynchronous channel such as email.

Some buyer personas favour a different communication style than others. Their preference depends on multiple factors: Their age, the nature of their job, their industry, and more.
In general, millennials like communicating by email more than over the phone. If you’re reaching out to a younger buyer, take this into account.

You might find professionals in customer-facing roles are more amenable to talking on the phone because that’s what they’re used to. Those in internal jobs, however, might be more comfortable sending emails.

Lastly, those in more traditional industries are typically accustomed to phone calls.

Are things moving along at a swift cadence? Is your prospect almost always responsive? Are you positive they’re ready and willing to close? Then an email to touch base or check on the status of a task or request shouldn’t stall your deal.

If, however, your prospect is unresponsive, on the fence about your product/service, or facing many levels of bureaucracy it might be faster and easier to pick up the phone. If they pick up the phone, you can immediately present your ask and receive an answer. If you get their voicemail, leave your message and follow up with an email.

These four criteria make it much easier to choose between an email and a phone call for your first outreach. But what about subsequent touchpoints?

In my opinion, the beginning and the end of each sales engagement should be phone-heavy, since that’s where the strongest asks are — starting a relationship and closing a deal. In between, sales people should opt for email as a rule of thumb.