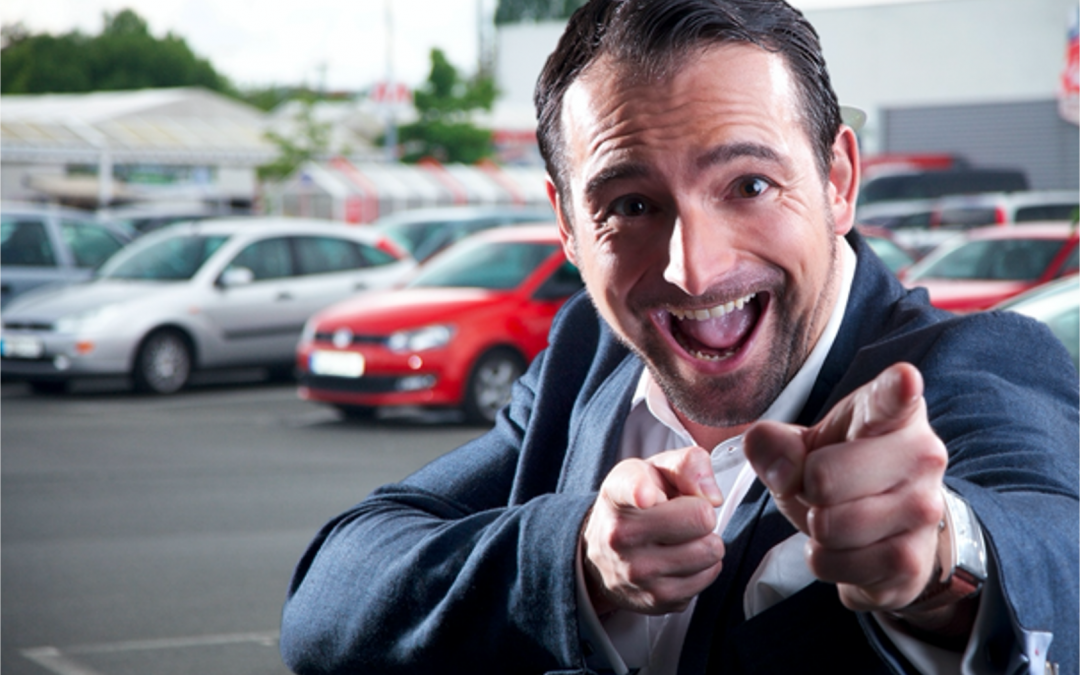 Have you seen the film “Glengarry Glen Ross? In it, Alec Baldwin plays Blake, a belligerent trainer sent to shake up a tired, underperforming sales team.

Blake storms into a room of unsuspecting sales reps and starts screaming about prospects. “Only one thing counts in this life — get them to sign on the line which is dotted!”

Fortunately for Blake, his character claims to have earned almost a million dollars in a year. But unfortunately, he’s completely wrong about what ultimately counts in sales. Even in the age of Glengarry Glen Ross, when “Always Be Closing” was the mantra echoing in sales people’s heads, he was wrong.

The old sales methodology of dragging prospects through a sales process and forcing them into a purchase only worked because there was no better way for buyers to buy.
Today, things have changed. Buyers have access to more information and more options than ever, and salespeople who still operate under the “Always Be Closing” model will find that ironically, more doors than ever are closing on them.

Many sales tactics have changed with the times. But closing is an area where sales people still struggle.

It’s easy to see why. The idea that every prospect needs to be closed is, in and of itself, a dated concept. Today, salespeople educate prospects so that they can decide on their own whether or not they want to buy.

Ideally closing shouldn’t be something that gets done to prospects. Instead, it should be a mutually agreed-upon outcome that’s a natural by product of a helpful, educational sales process. If you’ve sold the real value of your prosuct or service effectively, then the decision to buy will often follow naturally.

Traditional closing tactics are left over from an old era of sales. Outdated sales tactics are particularly cringeworthy so here are a few to avoid at all costs.

1. The “Cradle to Grave” Close

This strategy is designed to handle prospects who say it’s too soon to purchase. Salespeople using this technique to tell prospects that in life, there’s never a good time to buy — so they might as well buy now.

Why it doesn’t work: Actually, there is such thing as a bad time to purchase. The “cradle to grave” close ignores legitimate objections and breaks the cardinal rule of prospect relationships: Make prospects feel respected and heard. Don’t dismiss buyer concerns — that’s something Blake would do.

2. The “Something for Nothing” Close

This close offers prospects something free or deeply discounted if they’ll buy today, such as an extra product, or an item that would normally be an up-sell.

Why it doesn’t work: This close is not only bad for your prospect, it’s bad for you. Not only do you come off as desperate, this close leads to unrealistic long-term expectations. Are you willing to set the precedent that every time your prospect pushes back, you’ll have to provide something free? Also, consider what it says about your brand if you’re willing to give things away for free. The “something for nothing” close cheapens your product’s value.

This close attempts to leverage whatever sympathy your prospect might have for you. In this close, the sales person offers a signifcant discount or free add-on, and explains the freebie by telling their prospect they’re in the race for a sales contest.

Why it doesn’t work: Like the “something for nothing” close, people who use this tactic set a bad long-term precedent. Even worse, this close asks prospects to buy for a reason completely unrelated to their situation. Prospects don’t care if you’re one sale away from a big bonus or prize; they care about solving their problems. And by bringing the focus onto yourself, you’re showing that you don’t.

This close is used in response to a prospect question about the product. When a prospect asks, “Does the product do X?”, the sales person responds, “If it did, would you be willing to buy today?”

Why it doesn’t work: Your primary responsibility as a salesperson isn’t just to close deals; it’s to close good deals that benefit both you and your prospect. If your prospect is still asking questions, it’s because they don’t fully understand the product and its value. Instead of using their question as an opening to make a hard sell, answer it.

When the prospect expresses hesitancy around the price, a salesperson using this close removes something they know the prospect wants. For example, the sale person might say, “Okay, if you don’t want to go any higher than £400, I’ll remove the option to get priority support. You’ve said priority support is really important to you, but that’s the only way we can meet that price.”

Why it doesn’t work: This strategy relies on the human aversion to having things taken away. The problem with using it? You’re backing yourself into a corner. If the buyer replies, “I can’t afford the first price, but I need priority support. I guess I have to go with Competitor X,” abruptly changing your mind will make you look sleazy and manipulative.

Sales is better for the buyer and better for the seller when trust is established and sales people aren’t employing dodgy tactics to make a sale. So ditch the tricks and the gimmicks. Being helpful, open, and transparent is the right thing to do — for yourself, your buyer, and your business.

If you’re struggling to get sales over the line, maybe we should talk