5 Bad Sales Habits & How to Break Them 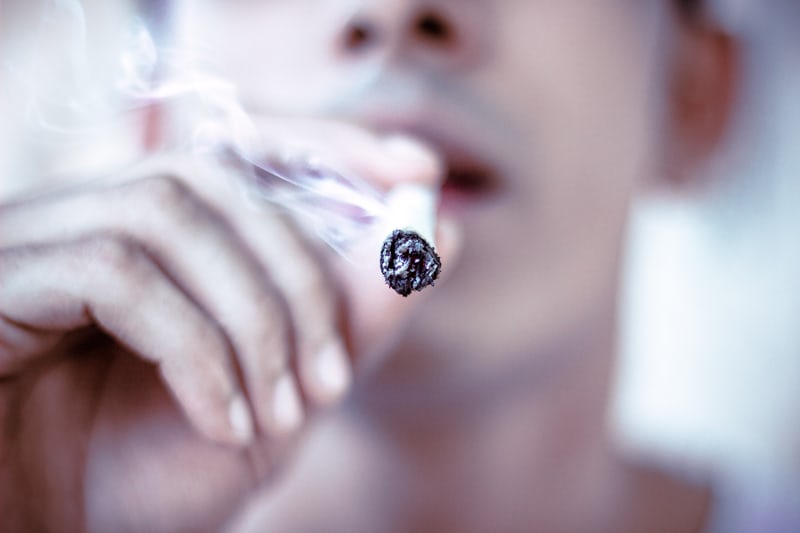 After a long day of sales calls, juggling what feels like a million prospects, and filling out endless CRM fields — it’s easy for salespeople to slip into bad work habits. Some of our worst behaviours don’t even seem that bad on the surface. And by flying under the radar, they can wreak havoc on our performance and become a habit before we even realise it.

What Does It Mean To Be A “Bad Salesperson”?

When I say bad salesperson, I’m not passing judgment on your character. What makes a salesperson “bad” is not their personality or potential; it’s their habits. Through taking unhelpful advice, improper training, and inexperience, salespeople can pick up habits that do more harm than good. To become a better salesperson, you’ve got to re-think your daily habits.

To break bad habits, begin by defining the behaviour you want to change and identifying what triggers that behaviour. Then, create a concrete plan for changing the behaviour, and ask someone to hold you accountable. Finally, reward yourself when successful.

So what are those bad habits we’re talking about?

1. Prospecting too early in the day.

Though it may feel counter-intuitive, the early bird does not always get the worm in sales. It’s tempting to think, “Hey if I can get someone early enough before their day has got out of control, or before maybe their assistant is in or before a gatekeeper is in, I have the best chance of landing a live call early and getting some attention from it.”

Plus what better way to start the day than with a few successful cold calls? While this sounds great in theory, unfortunately, research shows us the worst time to cold call prospects is first thing in the morning.

Why is this? Though you can get great availability in the morning, you won’t have strong engagement. When your buyers are starting their day, they are deeply engaged and focused on what they have to do that day. Since your call is an unsolicited interruption, you are more likely to be greeted by someone who does not want to talk to you.

This happens because as the day advances, people start checking tasks off of their list. By the time they get to four or five o’clock in the afternoon, most people are not going to start heavy lifting on a new project, or have an important meeting scheduled. Also, most people’s mood improves towards the end of the day when they’re getting ready to go home.

Though it’s not instinctive, reserving your cold calling and prospecting on the phone to the afternoon hours will net a better result in the week.

As tempting as it may be, avoid adopting an overly familiar tone with gatekeepers. This is a mistake many sales people make.

While you may have good intentions when it comes to extending extra kindness to the executive assistant, receptionist or initial contact who screens the call, it can come across as disingenuous and overly familiar.

For example, let’s say you’re trying to get a hold of an executive at a company you’re looking to sell to, and this executive’s name is Sharon. Her assistant David intercepts the call from you, the unknown, unsolicited caller and you start the call saying “Hi David, is Sharon in?” in a super familiar tone. The inference is that you know Sharon, but in reality, you don’t know her, and David is aware that you don’t. What you’ve done with your attempt to be warm and friendly is sound like someone who’s lying.

The best approach when you deal with gatekeepers for the first time is to be honest if you are unfamiliar. So instead of saying “Hi, is Sharon there?” in a familiar tone, you could say, “Hello, I’m looking to get in touch with Sharon and was wondering what the best way to reach her is.”

By being honest and upfront, you have a better likelihood of establishing a good connection.

Meeting prep. Call prep. Association prep.
Being prepared is a hallmark of an effective sales professional. However, your meeting prep should be done to help you learn what you don’t know, not to showcase how much homework you did.

Avoid trying to show the prospect how much work you did. Bringing up where your prospect went to college based on their LinkedIn profile will not dazzle them with your research abilities. In fact, it could backfire on you.

The issue with that approach is that it infers that the prospect is even thinking about you prior to this conversation which they’re not. They’re not thinking about how much homework you did on them or how impressive you are. They are trying to determine if you are offering a solution to their problem.

So if you are prepping to get stronger for upcoming events, hats off to you. If you are prepping to showcase credibility, you are missing the mark. It’s not credibility that connects people with sales reps, it’s curiosity. Use your time speaking with prospects to learn more about them, and express genuine concern and curiosity for their situation so you can position yourself to help them.

4. Coming across as over-eager in your communications.

Earnestness and enthusiasm are extremely attractive character traits in children — not necessarily in salespeople.

You can use character traits such as eagerness, excitement and high energy when you focus on building your pipeline and your KPIs. However, I do not recommend bringing this level of unbridled, happy, sugary earnestness to sales calls.

Even if you’re thrilled to get this call scheduled, your prospect doesn’t need to witness this excitement first-hand. Chances are, they don’t find the moment thrilling. The sales reps’ over-eagerness with this beaming smile and excitement quickly falls on deaf ears and makes it easy for the prospect to clam up, and ditch the deal. Avoid smiling and dialling, and keep a neutral tone in all of your sales communications.

If there is an unsavoury habit nearly all bad salespeople have, it’s an allergy to the three most important words in sales: I don’t know.

When you are faced with a tough question such as a manager asking about the validity of your forecast, the customer asking about the use of your product, or when the prospect asks how you got their name, it’s better to say you don’t know than it is to make up something.

Curiosity is more attractive than credibility. The strongest answer to virtually every pipeline review, or tough question is to say, “I don’t know, but let me find out” if you find yourself stumped.

Are you guilty of adopting a few of these bad sales habits? Don’t worry, we’ve all been there from time to time. What’s important is what you do now.

Don’t waste too much time making plans, charting your course, and telling others how you’re going to improve. Just improve. And if you need help improving then maybe we can help you.